Team India has started 4-day practice match from June 11. Players are playing this match among themselves by dividing into 2 teams.

Team India has to play the final of the ICC World Test Championship against New Zealand in Southampton from June 18. For its preparation, Virat Kohli’s team has started a 4-day practice match from June 11. Players are playing this match among themselves by dividing into 2 teams. Light grass appeared on the pitch on the first day of the practice match. In such a situation, it is expected that the final of the Test Championship can also be played on a similar pitch.

All the players have come to the ground to play a match after 22 days of quarantine. Actually, on June 19, all the players were quarantined in Mumbai. After this, reaching England on June 3, stayed here for 3 days quarantine. 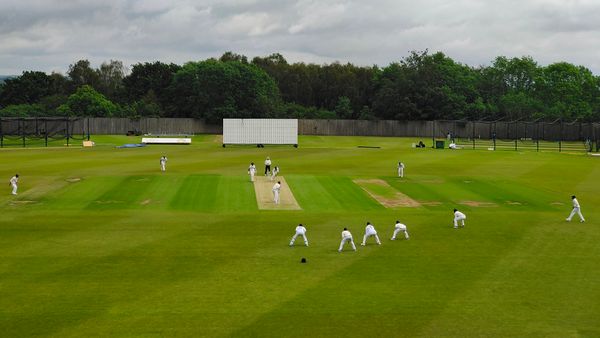 Light grass was seen on the pitch during the practice match.

Team India reached England on June 3
Team India reached England on 3 June. Here all the players stayed in Quarantine for 3 days. After this, on June 6, for the first time, the players entered the field for net practice. After 5 days of training, Team India entered the field for the first time to play the match. All Indian players are playing a match after 4th May. Earlier, all were seen in the IPL, which was suspended on 4 May due to Corona.

New Zealand team is playing test series against England
The New Zealand team had already reached England. Here he was to play a two-Test series with the host team. The first Test played from June 2 ended in a draw. The final and deciding Test of the series between New Zealand and England is being played in Birmingham from June 10.

Apart from fast bowlers, the pitch can also help the batsmen. If the batsman starts with care, then after getting settled at the crease, he can score a big score. So far, England’s Jack Crowley has scored 406 runs in 3 Tests. While Ian Bell has scored the most 2 centuries. Among Indians, captain Virat Kohli has scored the highest 171 runs in 2 Tests here.