Her husband Nikhil Jain has responded to the allegations of Bengali actress and Trinamool Congress (TMC) MP Nusrat Jahan. Describing the allegations as baseless, he has presented his explanation in 9 points and has given a series of answers to Nusrat’s allegations.

Nikhil has said that when we were living together, I asked Nusrat to register the marriage many times, but she constantly ignored my request. On 5 November 2020, Nusrat shifted to her personal flat with her bag and luggage. We haven’t been together since then. She took all her personal belongings, papers and documents with her. The IT return papers and other personal belongings were also delivered to him a few days later.

Advertisement
Refusing to register marriage
3. Behavior changed from 2020
4. Proposed even after not in love
5. Nusrat left home on 5 November 2020
6. She took all the documents with her
7. I had to make things public after the allegations
8. The allegation of money misappropriation is false
9. All can be seen in bank statement

Nikhil did financial help
Nikhil has claimed that he never wrongfully took money from Nusrat. Nusrat had taken home loan before marriage, Nikhil helped Nusrat financially to reduce her pressure. There was an agreement between the two that as soon as Nusrat gets the money, she will return it to Nikhil. The same money has been transferred from Nusrat’s account to Nikhil’s family account. Apart from this, no separate money was taken. Bank statement is proof of this 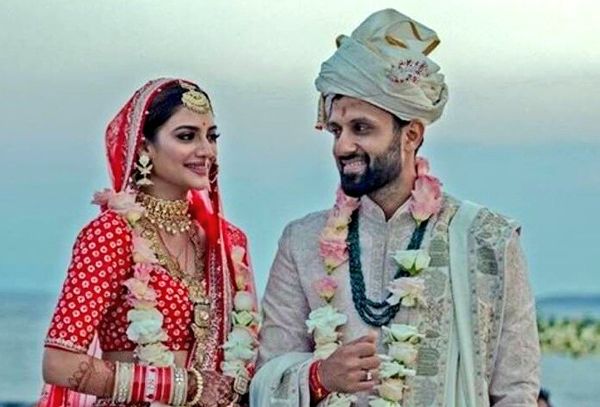 Nikhil Jain says that Nusrat suddenly left her house and started living in her flat.

Changes started coming in behavior only after few days: Nikhil
Nikhil has said that I invested my time and other things like husband. My family, friends and close ones all know what I have not done for Nusrat. I have always supported him without any greed. However, soon after marriage, his attitude towards me and married life started to change.

Wasn’t in love, still proposed
In a one-page statement, it is said that there was no love between us, yet I proposed Nusrat. He also happily accepted me. We went to Turkey for a destination wedding. After getting married in 2019, we also gave a reception in Kolkata. We lived like husband and wife and introduced ourselves in the society as well.