Worldwide, 4 lakh 74 thousand corona infected were identified on the last day. During this, 10,734 people died due to infection. In the case of Corona cases, India has come second after America. So far 3 crore 41 lakh 74 thousand people have been infected with corona in America. At the same time, in India this figure has crossed 2 crore 85 lakh 43 thousand.

China should release data of employees of Wuhan lab: Fauci
America’s top medical advisor Dr. Anthony Fauci has asked China to release the data of the 9 employees of the Wuhan lab who were the first to have symptoms of the corona virus. Fauci told the Financial Times that I also want to see the data of 3 people who fell ill inside the Wuhan lab in 2019. If they were really sick, then it is important to know the reason behind their illness.

Apart from this, Fauci has described the important contribution of India’s scientific knowledge in dealing with Corona. Speaking at the event of the US-India Strategic Partnership Forum, Fauci said, “I sympathize with the health crisis India is going through due to the pandemic. This was the situation in America for several months before vaccination.

Trump said- My words coming from Wuhan of Chinese virus turned out to be correct
Former US President Donald Trump has said that his statement of the Chinese virus coming from Wuhan turned out to be true. Today everyone, even my enemies, are accepting this. Trump said that the time has come when every death due to the virus from China should be accounted for. 10 trillion dollars should be taken from China as damages.

Earlier, the current President of America, Joe Biden has also spoken of China’s hand in the origin of Corona. He has asked the US intelligence agency to submit a report within 90 days after investigating the matter. 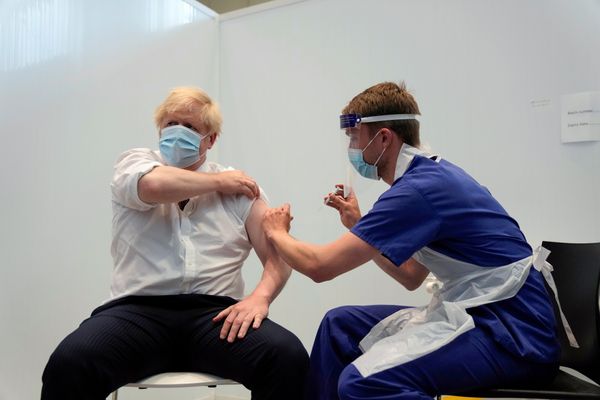 Colombia announces relaxation in lockdown
Colombia has announced a relaxation in the lockdown amid the threat of a third wave. This decision has been taken in view of the continuous economic loss. Apart from this, it has also been decided to eliminate the need for corona negative report for travelers going to Colombia from July. Negative reports will also not be demanded from students arriving in Colombia from other countries. However, they will have to get their vaccinations done.

Top-10 countries, where so far most people have been infected

(These figures are according to www.worldometers.info/coronavirus/)